Before my Iyaworaje began something ugly happened to me, something arrived and shook the very foundation of my faith. The ground beneath me began to open up and I trembled. Things will show up to test how badly you desire something. Things will happen just to see if you are willing to fight for it. For 12 years I kept this part of my faith, my beliefs and my practice/santeria to myself. That was until I made the mistake of making it public.

Last year as I began my preparations for entering my year in white I worked very hard to get my finances and house in order for what was about to come. There was much to do the least of it was the money. Having the money is only one important aspect, there is getting your mind ready, getting your soul ready, getting your “HEAD” right! And then there is getting those you love the most ready–this for me was the most important part. How do you prepare those around you for ALL the changes that come with not only making a decision like receiving Santo (when you are crowned your designated Orisha)? And then how does this decision affect every aspect of your life?

See the thing is my spiritual family does not live near me and so I struggled quite a bit during the preparations. It was a very lonely process. My padrino lives in another country and so it’s challenging when I need spiritual guidance–but we make it work. I am very lucky. He finds me on whatsapp, messenger, email and sends audio recordings when he knows I need to hear his voice. (In another entry I will share the story of how I found my way to him.)

Planning for my year in white…

I felt so many emotions during my initial planning for this moment. I was excited because this was so many years in the making and then I was terrified because I worried about everyone around me and what they would think. My daughter, my partner, my parents, my siblings, my cousins, most of them didn’t understand what I was about to do and I am not sure any of them asked me why I was making this huge life change? Of all the people I would have wanted to share in this moment there was one I knew I wanted to play a significant role in this process–my daughter. It was important for me that she be there. (Later I will share what that experience was like for her).

Why was I doing this? Why was I committing my life to honoring the Orishas? Why was I attracted to this religion in the first place? Why was I making this huge sacrifice?

The WHY is important when you are making life decisions that can alter and affect all the other areas of your life.

Why was I entering this religion–this Afrocuban religion known as Lucumi, Regla de Ocha, or Santeria?

For a long time my quest was about healing. I would say I have been on this journey for 25 years. From the moment my daughter was born my life has been about being the best version of myself–for HER! I desperately wanted to heal all the pain I had endured. I wanted to work on being a little less angry and filled with rage. I wanted to erase all the ugly! This quest took me to many spiritual practices and faiths and for the most part my quest has been beautiful albeit dark on some days.

Then there are moments when I hold my daughter and we smile and say to each other, “we have had such an amazing life!” She was so excited when I finally committed to receiving la ocha–a moment she would get to be a part of, and bare witness to. (The ocha: I will talk about what this journey was like in another post).

The ugly thing that happened to me…

After all the conversations were had about significant changes that would affect my home and after receiving blessings from my godfather and spiritual brother I decided to raise money to help me get to Cuba for my ceremony. One of the things constantly said to those who want to begin their spiritual journey into this religion is that it comes at great sacrifice. 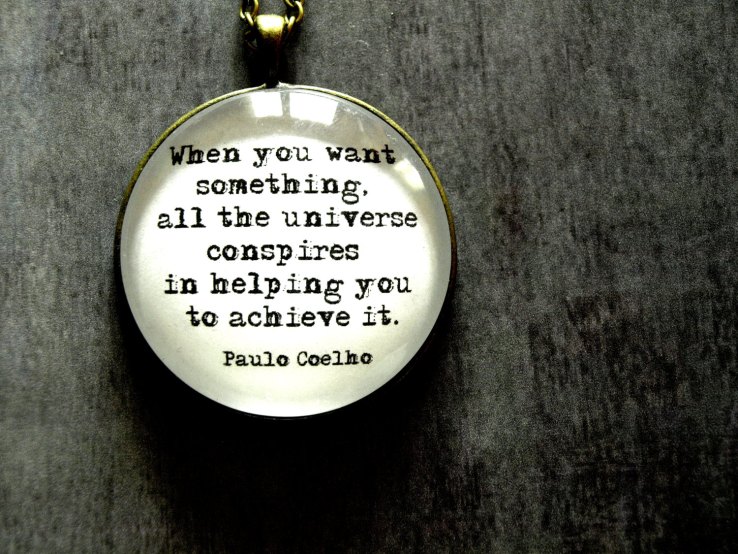 When the dates were decided for my trip I began to move quickly. My padrino sent me a list of everything I would need in Cuba. I began to budget every aspect of my trip. I went as far as to move out of my apartment and rent my daughter’s bedroom so that I would be able to get my finances in order. This is the part of the story I wanted to share. When you want something badly enough the universe does indeed conspire in helping you obtain it. I was sleeping on couches. I was battling depression. I was living out of bags. I wasn’t working for a time. I was struggling. Yet I still knew that 2016 would be the year I received santo. No matter what was happening around me I would honor my promise. I posted my fundraiser online and there were many people that were happy for me. My friends were generous. Those who could give-gave. Many friends helped by sending me gifts of white clothes for my journey. It was beautiful. I was happy. I am eternally grateful to each and everyone of them. It was a wonderful moment in my life. That was until I received a text from someone about how “disrespectful” it was of me, to my ancestors, to the Orishas and to the religion for me to ask for money!

The messages I received from this person were followed by several other texts with a very aggressive tone. The messages were filled with anger towards me. The words hurt. I was devastated–someone was attempting to take something that is so beautiful for me–from me!

I called my padrino instantly on facetime. I needed to see his face. I told him the entire story. Word for word. I left nothing out. I even mentioned that this person was in the religion–crowned for several years. Child of Yemaya!

He took me on a journey back to when he was crowned Ochun over 15 years ago. He shared with me pataki’s about Yemaya and how generous she is with her children. He told me about how people would contribute anything they could to those about to be crowned. Iyawo’s are beloved. They are loved by everyone. They are protected. He told me that people would bake cakes for him to sell to come up with the derecho he needed to officially receive Ochun.

We spoke for over an hour. He was on set of his novela (he’s a famous actor in Latin America). He comforted me. His response to the messages sent to me were DIGALE QUE NO! He wanted me to know that I had his blessing. He made me strong during that call. He reminded me of all of the sacrifices I have made, leaving BusinessWeek to work on Afrolatinos where I went from making $70K a year to $3K. He held a mirror up to me regarding all of the work I have done and continue to do. He reminded me of who I am and more importantly who I will become once I complete my iyaworaje. His words dried my tears.

I stopped talking about my year in white after that. Only sharing it sporadically. People talk all the time about “mal de ojo” this idea that someone has cast an “evil eye” on you. People will warn you to stop talking about your life. They will say, “keep you mouth shut! Keep things to yourself! and “Cuidado, la gente son envidiosa!” There were important lessons to learned.

That incident almost stopped me in my tracks but Eshu has greater plans for me. In the weeks that followed I was flooded with job opportunities. My spirit got stronger and in a matter of months I had all the money I needed for my santo.